10 Things You Should Know About The Religious Holiday 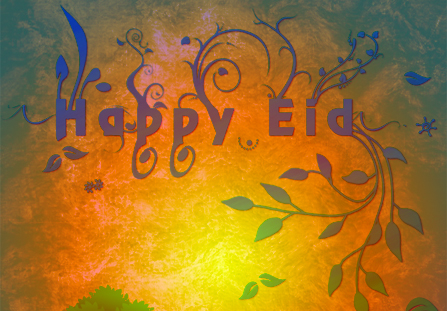 
The Muslim calendar holds two Eid festivals. The first, Eid al-Fitr, lasts several days and marks the end of Ramadan, the holy month of fasting. The second, known as the Greater Eid or Eid al-Adha, commemorates the willingness of Ibrahim to sacrifice his son Ishmael as an act of obedience to God.

2. Eid has nothing to do with Hajj!


There is a common misconception among society that Eid is the celebration that marks Hajj, the annual pilgrimage to Mecca. This isn’t the case. In fact they are two separate acts of observance. Hajj was made compulsory on Muslims during the 9th Hijri (Islamic year), a year before the Prophet Muhammed (PBUH) passed away, whereas Eid-ul-Adha started as a celebration during 2nd Hijri, during the time of Prophet Ibrahim (AS).


A happy time for Muslims, it is also the time of giving. Eidi, by definition, means gift – and by modern standards, it means only accepting money. Receiving Eidi is the ultimate aspiration during Eid…but making sure it doesn’t land in your mother’s hands is the ultimate challenge. There are genuine feelings that rise to the surface inside you when the word ‘Eidi’ is mentioned. Getting the “you’re too old for Eidi” line is heartbreaking, whereas receiving Eidi from a kanjoos relative is one of the most memorable things in your life…a tale to tell for centuries.


Is it too much to hold a dress rehearsal two days before Eid? After all, Eid only comes twice a year and it’s important to look immaculate on the occasion. And so begins the headache of finding an outfit that:


Yeah….which is why you probably will need to start researching a couple of months in advance.

5. Selfies! Lots and lots of selfies!


Right! Now that you’ve selected your perfect outfit, it’s all about capturing the perfect moment. The sweat, tears and blood you have let out – all comes down to this moment. Capturing the outfit that is stylish, is different to that of everyone in your mahoosive khandaan and doesn’t bare any resemblance to any outfit that you have worn to any other occasion – is so important.


But don’t be fooled – there are other people celebrating Eid, which means make sure you spare some time to take some selfies with them too! Oh, and here’s a tip: before you even harbour intentions of roaming around your neighbourhood taking photographs – please clear your phone for space.


6. Participate in a “Hugathon”


No Eid is complete without hugging every random person. Basically the list would include our uncles/strangers (who would crush your bones) and the hug-addicts (people that get some sort of a Eid high from hugging it). From the “Eid has been sighted hug” to the “I don’t really like you, but this is for the sake of Allah” hug and even the “you give the best Eidi” hug – Eid is not complete with the unusual number of hugs given out. But this does not mean you can substitute them for Eidi….no.


7. It’s not all about food, money and clothes


Eid-ul-Adha comes with a lot of food – however the meaning behind the occasion is actually sacrifice. The story of Prophet Ibrahim (AS) being asked by God to sacrifice his younger son in the name of God is well-known. After witnessing his devotion, Allah ﷻ gave him a lamb to sac sacrifice instead of his son, Ismail. On the day, people attend mosque for prayers in either or their best clothes to thank Allah ﷻ for the blessings they receive.


Qurbani means sacrifice. Every year during the Islamic month of Dhul Hijjah, Muslims around the world slaughter an animal – a goat, sheep, cow or camel – to reflect the Prophet Ibrahim’s willingness to sacrifice his son Ismail, for the sake of God. According to most Muslims qurbani is obligatory upon every sane male/female that has wealth in excess to his/her needs. Normally those who are eligible to pay zakat have to give a qurbani. Muslim’s today sacrifice a sheep or a goat, the meat of which is shared among friends, family, and the poor, with each receiving a third. In the UK, people also sacrifice animals but are required to make arrangements to ensure it is slaughtered humanely.


Having lunch AND dinner with the same people for a whole month – Sitting. Eating. Talking.


As many of you know, even though Eid may, religiously, be for no more than two days, many of us end up celebrating for a whole week. What does this actually mean? It means sitting, eating and talking to the same amount of people for that whole week. And if you have a extremely uncreative family….you’re also going to be eating the same sort of food for the whole week. Indian food. Might want to top up on mints.


Eid is a day to create new memories. Spend time with your parents. Family. Reminisce about the times gone whilst creating new memories. It’s a time of tradition and when the younger generation find out the beauty of a week spent with their loved ones. Take selfies, spend your Eidi all at once and embrace the day, but above all create memories with the important people in your life.