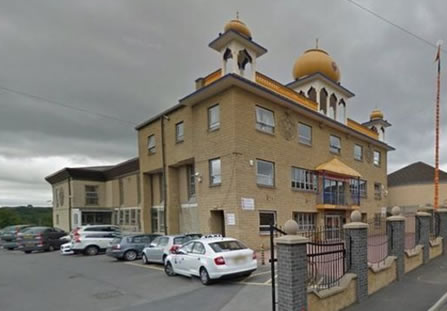 Detectives investigating death at a Sikh Temple in Huddersfield have named the victim. West Yorkshire Police confirmed the identity of the woman as 41-year-old Harjinder Kaur Sidhu from Huddersfield.
A man arrested on suspicion of manslaughter has been released on police bail following the incident.
Officers were called to Prospect Street, Huddersfield around 13.11pm following reports of an altercation between two females age 70 years and 41 years.
Following the incident, the 41-year-old female made off and was detained by a male inside the Temple.
The 41-year-old female became unwell and was treated by paramedics. She was pronounced deceased a short time later.
A 48-year-old man was arrested on suspicion of manslaughter and has been released on police bail.
The 70-year-old female was taken to Huddersfield Royal Infirmary with minor injuries.