An inquest has found that a phone charger sparked a “ferocious” fire which killed five members of the same family.
Seven-year-old Amaan Parwaiz Kayani, his sister Minahil, nine weeks, brother, Adyan, nine, and their aunt, Anum Parwaiz, 20, died in the blaze in Sheffield in April last year which also killed their grandmother, Shabina Begum, 53.
The fatal blaze, which was described by fire officers as the “most difficult” fire they had tackled, reached temperatures “in excess of 1,000 degrees celcius” and had led to the biggest loss of life in over five years.
Sadaf Parwaiz, a family member, noticed flames sparking by the electric sockets in the living room when she went to retrieve her phone, which had been charging. 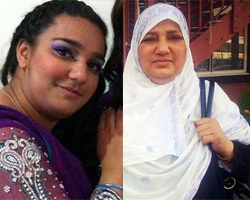 She attempted to put out the fire with a cushion to no avail and called for her mother, Shabina Begum, to help her.
Sadaf said, “The fire was producing a lot of smoke. It got to the electric equipment and caused an explosion then all the lights went out.”
Razia Nazim Kayani, mother of the three children killed in the fire, said she had gone downstairs when she had heard Shabina scream.
She saw flames on one side of the living room by the sofa, which were described in a statement read by coroner Mr Dorries as “about nine to 12 inches tall and yellow in colour”. A blanket had also caught fire.
Mr Dorries added: “She described a blast coming from the house which she likened to the noise of a bomb on television.
“The fire brigade arrived and brought out the children attempting to resuscitate them.”
The court heard how nine-year-old Adyan was found by rescue crews on the upstairs landing alongside his grandmother whilst seven-year-old Amaan was found under a bunk bed in his attic room, the stairs to which were engulfed in flames and offered zero visibility.
Their baby sister Minahil was found in her cot, while their aunt Anum, 20, was discovered on the floor of the bedroom on the first floor.
Fire investigator Andrew Strelczenie confirmed the fire originated in the family’s living room in a corner by the sofa where electrical items were plugged in.
He said: “I spent four days on the fire scene doing the investigation and I’m comfortable that the fire originated in the living room towards the back left hand.
“The incident itself had all the hallmarks of a rapidly spreading fire.
“There was extensive fire damage to the plug sockets but two plugs were still in situ. 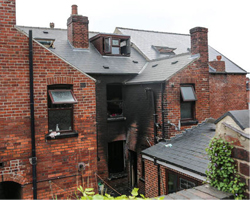 “There was deep charring to the skirting boards which would support that the fire may have started at a low level.”
He added: “We’re looking at temperatures in excess of 1,000 degrees celsius. This was the most severe, hottest and most difficult atmosphere the crews have had to work in.”
He passed his condolences to the family, saying: “As a service this has taken us some time to get over and we really do feel that pain.”