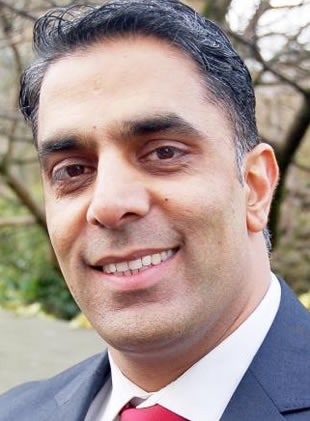 A Labour council election candidate has been arrested and bailed ‘on suspicion of electoral fraud and integrity issues’. 38-year-old Quesir Mahmood, who was held by police for seven hours, is contesting the Wensley Fold ward in Blackburn. He has now been suspended from the Labour Party pending the outcome of the police investigation.
A 48-year-old man was also arrested, and both have now been released on police bail until June 4. A Lancashire police spokesman confirmed the news. “At around 2.30pm on Monday a 38-year-old Blackburn man was arrested on suspicion of electoral fraud and integrity issues in the Wensley Fold area of the town. He has been released on police bail until June 4 pending further investigations.”
A spokesman for the Labour Party North West said, “The Labour Party takes adherence to the Electoral Commission’s code of conduct very seriously. The individual has been suspended pending the outcome of any police investigation.” Labour’s Blackburn agent Phil Riley said: “The Labour North-West statement is the statement. There will be no other statement.”
In 2014, interim borough leader Cllr Mohammed Khan won the seat from Tory Ghulam Sabir by 1,246 votes. Mr Mahmood’s only opponent on May 7 is Conservative Mr Sabir.
Tory general election candidate for Blackburn Bob Eastwood said: “Clearly the man in question has not been convicted of anything but this arrest has brought a cloud of suspicion over elections in Blackburn. Having grown up in the Wensley Fold area, I have a real passion to give something back to the community. I already know a lot of people in Wensley Fold and have a good understanding of the needs of the whole community.”