Event Rounds Up One of the Most Anticipated Award Nights

This was the cry from the guest speaker Ajaz Ahmed, the founder of Freeserve at the 2014 Black Country Asian Business Awards held at the Wolverhampton Racecourse on Friday the 13th June. Within a few years of its launch Freeserve was floated for £1.6 Billion and Mr Ahmed asserts that british business would be better served if business managers in companies acted more like entrepreneurs. Mr Ahmed claimed that entrepreneurs acted more on impulse than rigorous market research or use of focus groups. He felt that the use of rigorous methodology stifled innovation and creativity as middle managers sought to validate all decisions. He encouraged entrepreneurs to ignore the views of consultants and experts and for entrepreneurs to refer to observation and ‘gut instinct’. He also spoke about the need for asian businesses to celebrate their successes, to change perceptions of their commercial prowess from shop keepers to large enterprises and to continue to contribute towards economic prosperity of the UK.
The 13th BCABA Business awards celebrated a number of awards. The main winners on the night were family owned Panesar Foods, a Wednesbury based food company that manufactures and supplies sauces to a number of global brands both within the UK and the export market. They have seen growth over a number of years and employ 150 people at their Tipton base. A further investment of £7 million will see a potential doubling of the workforce.
Other award winners included :
Business Start up : Sun Solar
Young Entrepreneur : Kashif Latif
Community Excellence : Sporting Khalsa
Regeneration : 5 Rivers Group
Business Person of the Year : Salinder Singh (Glass Express)
Innovation and Enterprise : Cornpoppers
International Trade : Zeel Solutions
Business Woman of the Year : Parmjit Bains
Business of the Year : Panesar Foods
Regional Personality of the Year : Deana Uppal
Lifetime Achievement Award : Lord Paul
The headline sponsor for the event was The University of Wolverhampton and other sponsors included :
Accord Group, Black Country LEP, Central Campus, Walsall Adult Community College, Walsall Council, Birmingham Metropolitan College, Wolverhampton Council, UKTI, Natwest Bank, Sweda, Think Sandwell, Diamond Box, KTC (Edibles) Ltd, Divya Group and Birmingham Airport, Cobra, Turkish Airlines and Drayton Group/Mercedes Benz.
Mr Ninder Johal Chairman of BCABA and who is also the President of the Black Country Chamber of Commerce and a Black Country LEP Board member spoke about the positive growth of the UK economy over the last 5 quarters and how businesses should look to maximise the opportunities available to them in an ever increasing global marketplace.
He referred to the need for Government to create a conducive environment for businesses to operate in. Mr Johal also asked the government to reduce the regulatory environment and to increase the incentives for businesses to invest in Research and Development by increasing the reliefs available in particular to SME’s.
Mr Johal continued on the theme of youth unemployment and asked for the business community to work closely with the local universities and local colleges to address the skills mismatch and to look to encourage others to start businesses to reduce the productivity gap of £7.8 billion.
Mr Johal reemphasized the need for national and local government to continue to work together and for local government to build on the successful work undertaken by the local enterprise partnership. Mr Johal referred to the contribution of asian businesses to the local economy employing thousands of people and reminded that the Black Country had produced its first billionaire in the form of Ranjit Boparan of 2 sisters.
Motor Neurone Disease was the charity on the night where over 550 people attended and where over £5000 was raised. Host for the evening was Tommy Sandhu, a BBC presenter and the music for the evening was produced by Amarun Johal.

Asian Woman Festival returns for a second year and is set to be bigger and better than ever! 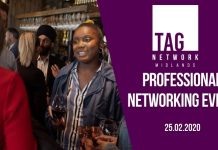