Zeenat Moosa asks… Is it wrong to marry (and divorce) for money? 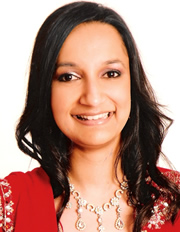 As a British Asian female, the somewhat illustrious arranged marriage scenario is common practice to me, many of my friends and nearly all my elders.
Choosing a partner for a daughter often ensues a few simple requirements for parents and community elders; the chosen boy should have a good job, come from a reputable family and most importantly, he should be financially secure. In other words, he should be loaded.
You would be forgiven for thinking that this was an outdated custom, more suited to the rural villages of the sub Asian continent or found within the crispy pages of Jane Austen’s Pride and Prejudice. Yet, while the whole concept of arranged marriages may be pretty redundant in modern day Britain, it appears that the loaded guy (along with the GSOH, non smoker, stable job, own house, car and holidays twice a year) is very much a marriage necessity for the educated, career minded, blackberry using and credit card spending twenty first century woman.
You don’t have to look far to see this hypothesis in action. Switch on the news, open the newspaper or turn on the radio and you’re never far from hearing about the next woman battling her millionaire husband for a quickie divorce and with that – a tidy boost to her bank account.
Take last month’s complicated and lengthy Imerman case – the latest bitter divorce casualty to hit the headlines after the McCartney – Mills spectacle. Here, Lisa Imerman was told she cannot base her claim for a staggering £100 million settlement on thousands of documents downloaded by her brothers from her husband’s computer. Instead the Court of Appeal’s rather male-friendly ruling will now allow wealthy men the freedom to hide assets from their wives. As one divorce lawyer put it ‘the ruling will force women to fight dirtier to uncover the truth’. And more importantly, it will force them to work even harder to uncover the money.
Had Mrs Imerman, 44 and now known as Miss Tchenguiz, been successful in her divorce, it would be a record award in Britain, beating the £48million John Charman was ordered to pay his wife, Beverley, in 2006. The £100 million settlement was made, despite the fact that Miss Tchenguiz had only been married to food and drinks tycoon, Vivian Imerman for six years.
Aside from the legal and ethical implications that this case highlights, it prompted me to ask the inevitable –is it wrong to marry (and divorce) for money?
Elizabeth Ford and Daniela Drake don’t think it’s wrong to marry for it. In their book, Smart Girls Marry Money: How Women Have Been Duped into the Romantic Dream — And How They’re Paying for It, the Emmy-winning news producer and an M.D, respectively — make the case against marrying for love. The savvy, tongue and cheek book suggests that women haven’t climbed the financial ladder as far as they should have with the average woman earning one third of what a man earns over the course of her working life. They advise keeping this in mind when looking for a partner and steering clear of what they call seductive slackers. From their view and I quote, “the juggling act required to be a successful woman, to be a good mom and to be a careerist, makes you want to say, “Screw it, I should’ve married money not a man”.

So women hitching their wagon to men with substantial financial prospects are now seen as being smart as opposed to immoral money-grabbing bimbo’s?! (Anna Nicole Smith pops to mind here. Now, I’ve heard a lot said about her in the past but smart was sure not one of them – but then again that was five years ago!!!)
It is hard to pinpoint the catalyst for the fearlessness in marrying (and divorcing) for money? The Gold Digga fashion label, launched in 1999 allows young women to openly buy into the idea that marriage and men are simply money making machines. Furthermore, the notoriously celebrated WAG culture, publications like Ford’s book, high profile divorces and pre nuptial agreements seem to be provoking stimulus.
The fact of the matter is that today, there is nothing unashamedly wrong with saying you want to marry for money – social tolerance approves, even endorses it! For many women today, marrying a guy who makes more money than they do is not an option but a prerequisite to fund their lavish lifestyles and expectations. Yet, the unfairness arrives when the marriage ceases, and women go from being smart money-marry-ers to money pilferers.   .
As well as all the other shenanigans, marriage is one of the most important economic partnerships that most women will ever make and for that very reason, we should not be so reticent about going into it or when it breaks.