Home Features ‘These questions need to be resolved’

Baroness Sayeeda Warsi on why Britain is investigating torture allegations

THE Government is to hold an unprecedented inquiry into allegations that its military was complicit in the torture and abuse of terror suspects in the wake of the 9/11 disaster. Here Baroness Sayeeda Warsi tells The Asian Today why Britain is investigating torture allegations. 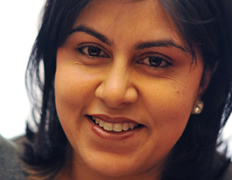 “For the past few years, many British citizens including British Muslims have been disturbed by allegations over the treatment of detainees held abroad. There have been allegations of torture. Other allegations have focused on the role of British Security Services in the rendition of detainees in the aftermath of 9/11.
These allegations are not proven, but they risk leaving scars on our society. Public confidence has been eroded. Questions have been asked of our Intelligence Services. Our reputation as a country that believes in human rights, justice, fairness and the international rule of law faces being tarnished.
Let me be clear. The men and women in our Security Services perform an extraordinary service for our country. Indeed, I believe we have the finest intelligence services in the world. They prevent the world’s most dangerous weapons falling into the hands of the world’s most dangerous states. They give our forces in Afghanistan the information they need to take key decisions. And they do this without any public recognition – despite the massive personal risks they take.

While there is no evidence that any British officer was directly engaged in torture in the aftermath of 9/11, there are questions over the degree to which British officers were working with foreign security services who were treating detainees in ways they should not have done. These questions need to be resolved.
That is why yesterday the Prime Minister, David Cameron, set out how we can do that and clear these issues up once and for all.
A key part of that is about dealing with the problems of the past. About a dozen cases have been brought in court about the actions of UK personnel. This has led to accusations that Britain may have been complicit in the mistreatment of detainees. The longer questions remain unanswered, the bigger the potential stain on our reputation as a country that believes in freedom, fairness and human rights grows.
We are determined to get to the bottom of what happened so we can stop these issues from arising in the future. So the Government is committed to mediation with claimants in Guantanamo Bay civil damages cases – and where appropriate, we will offer compensation.
Next, we need a single, authoritative examination of all these issues, carried out by an independent Inquiry. This Inquiry will be lead by Sir Peter Gibson, a former senior Court of Appeal judge, and the three-member inquiry team will also include Dame Janet Paraskeva, head of the Civil Service Commissioners, and the journalist Peter Riddell.
The Inquiry will look at whether Britain was implicated in the improper treatment of detainees held by other countries that may have occurred in the aftermath of 9/11 – and if we were, what went wrong, and what do we need to do to learn the lessons and make sure we uphold the standards that people expect.
But just as we are determined to resolve the problems of the past, so are we determined to have greater clarity about what is acceptable in the future. That’s why we are also publishing for the first time the guidance issued to intelligence and military personnel on how to deal with detainees held by other countries. The previous Labour Government promised to do this, but they didn’t. We are, and the guidance makes the following things absolutely clear.
First, that our Security Services must never take any action where they know or believe that torture will occur. Second, if they become aware of abuses by other countries they should report it to the UK government so we can try to stop it. And third, in cases where our Services believe that there may be information crucial to saving lives but where there may also be a serious risk of mistreatment, it is for Ministers to determine the action, if any, our Services should take.
I am confident that these steps will help to resolve these problems in a decent, fair, and authoritative way. But I also believe there is a wider issue at stake.
In Opposition my colleagues and I in the Conservative Party argued passionately in defence of our civil liberties. We campaigned against Labour’s ID card scheme. We opposed the creation of the National Identity register. We fought to stop Labour’s plan to increase the period of detention without charge to 42 days.
We did all of these things not just because we see the close link between our civil liberties and our security. Not just because clamping down on our freedoms will only drive more people into the kind of radical politics we need to prevent. We did so because we strongly believe that Britain’s historic reputation as a fair, open and law-abiding country is one of our greatest strengths in the world. Dealing with these allegations about detainees held abroad will help us to rebuild this reputation, and restore Britain’s moral leadership in the world.”