All the major stories that made The Asian Today 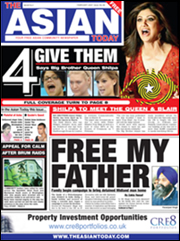 FROM the Big Brother race row to the failed June terrorist attacks in London. We bring you a rundown of all the major news stories that made the pages of The Asian Today in 2007.
JANUARY
Top Story: It was a reality programme that was never destined for headline news, but when Bollywood star Shilpa Shetty entered the Big Brother house in a celebrity special little did she know the furore that was to erupt. More than 46,000 people complained to media watchdog Ofcom after witnessing racist bullying directed at the Bollywood star from ‘housemates’ Jade Goody, Danielle Lloyd and Jo O’Meara. The treatment of Shetty went global with protestors taking to the streets of India – even Gordon Brown had to defend the nation during his visit to the country. But in true Bollywood style, Shilpa was eventually crowned the winner, and her tormentors endured some of the worst weeks of their careers when they emerged from the infamous house.
Other News: In other news Walsall pensioner Sobat Ali collapsed and died after chasing three men who snatched £2,500 worth of gold jewellery from him, and two men are found guilty and sentenced to life for the callous murder of Bradford policewoman Sharon Beshenivsky.
FEBRUARY
Top Story: The family of a Wolverhampton grandfather detained in India and accused of being a terrorist begin a campaign to have him freed. The family of 54-year-old Paramjeet Singh slam the charges levied against him and urge the British government to get involved in his case.
Other News: A number of people are arrested in Birmingham after anti-terror chiefs claim they intercepted a plot to kidnap a member of the armed forces, while Leeds man Shahzad Hussain is sentenced to life for the murdering his young Pakistani wife. In the first of its case, members of his family are also charged for failing to intervene during three weeks of intense beatings 19-year-old Sabia Rani was forced to endure just before her death. 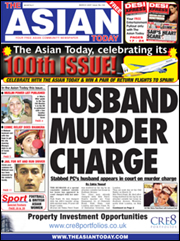 MARCH
Top Story: Fadi Nasri, the 33-year-old husband of stabbed PC Nisha Patel-Nasri is sensationally charged with her murder. Special Constable Nisha died after being stabbed in the leg by an attacker outside her house. Less than a year earlier he had appeared at a police press conference appealing for witnesses to come forward.
Other News: Manchester man Rahan Arshad is found guilty of the murder of his wife and three children while children’s charity NSPCC claim many British Asians in the UK hide behind a ‘wall of silence’ when it comes to reporting child abuse with only 48% saying they would alert the authorities if they suspected a child was being abused.
APRIL
Top Story: A man is stabbed during the annual Vaisakhi celebrations in Birmingham. More than 10 others are injured after a fight breaks out at the family-billed event. A subsequent celebration in Wolverhampton is cancelled putting the future of the event in the Midlands in doubt.
Other News: Sentencing laws are put into the limelight after it emerges a Bradford shop worker jailed in 2003 for the savage murder of a Birmingham schoolgirl could be freed in seven years. Abbas Shabir Ali was jailed for 12 years for the murder of 13-year-old Anum Mahmood. High Court judge Justice Pitchers said tougher sentencing laws could not be used in the case as they came into effect after Ali was sentenced.
MAY
Top Story: University lecturers unanimously reject government proposals to spy on Muslim students. The government guidelines provoke angry reactions from lecturers themselves and students who accuse Tony Blair of targeting innocent Muslims.
Other News: Conservative leader David Cameron spends the night with a Muslim family in Birmingham, while Hindu’s across the country begin a campaign to save ‘sacred’ bullock Shambo from slaughter after it tests positive for bovine TB. 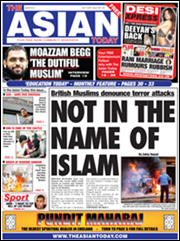 JUNE
Top Story: London and Scotland find themselves in the midst of a terror blitz after two cars full of gas cylinders, petrol and nails are discovered in central London. The cars fail to explode but 24 hours later a burning jeep loaded with gas cylinders is driven into the main terminal entrance at Glasgow airport. British Muslims unite to condemn the attacks as nine people are arrested.
Other News: Mahmod Babakir is jailed for life for the ‘honour killing’ of his daughter Banaz. The 20-year-old was brutally murdered by her father and uncle for having a relationship with a man they did not approve of. Salman Rushdie meanwhile is knighted which prompts as much fury as the release of his 1989 book Satanic Verses. Muslims across the world condemn the decision with Iran issuing a fatwa against the author.
JULY
Top Story: Another honour killing hits the headlines when 70-year-old grandmother Bachan Athwal is found guilty of the murder of her daughter-in-law Surjit Kaur. The Coventry woman disappeared during a trip to India with her mother-in-law and husband in 1998. Surjit’s husband, Sukhdave Athwal, is also found guilty. Both Bachan and Sukhdave are later sentenced to life.
Other News: The family of a Birmingham father gunned down in a city gym three years ago make another appeal for information. The killers of Azmat Yaqub still remain at large despite a three-year police investigation. Doctors meanwhile issue a health warning to Muslim women wearing the Hijab saying they are prone to more illnesses because they do not get enough sun. 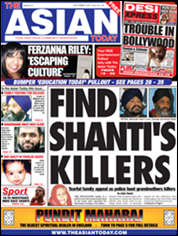 AUGUST
Top Story: The family of a Birmingham grandmother found murdered in her home make an emotional appeal as police hunt her killers. 81-year-old Mohinder Kaur was found dead in her one-bedroom flat by her son. Her family say their lives have been torn apart by her murder.
Other News: The stepmother and father of a three-year-old toddler are found guilty of his murder in a case that shocks the Asian community. Young Tahla Ikram was under the care of social services before he was returned to his father, Abid Ikram. Once in the clutches of his stepmother Sumairia Parveen, Tahla suffered a broken thigh and shin and three fractured ribs. A doctor who examined the toddler likened his injuries to that of a car crash victim. Both Ikram and Parveen were jailed for nine years.
SEPTEMBER
Top Story: The Religion and Dress row rears its ugly head once again when a Heathrow Airport worker is sacked for wearing a nose stud. Amrit Lalji vows to fight the sacking after saying she wears the stud as a mark of her Hindu faith. As Hindu organisations back Mrs Lalji in her fight, she eventually wins her case with the help of her union GMB.
Other News: A Birmingham GP is cleared over her part in an overseas illegal abortion involving her teenage daughter. The CPS drop their case against Dr Saroj Adlakha due to insufficient evidence. It was claimed she travelled to Spain with her teenage daughter for the abortion when the pregnancy was too far advanced for an abortion in the UK.
OCTOBER
Top Story: A man who butchered his wife and three children and left their bodies in the family home while he fled abroad justifies his actions in a BBC documentary after claiming his wife ‘got what she deserved’ over an affair claim. Rahan Arshad savagely beat his family before fleeing the country. When he was arrested and interviewed by police he confessed to the crime saying his wife, Uzma, had brought the killing on herself by having an affair. His admission shocks the Asian community.
Other News: Thousands of Muslims gather at Wembley Stadium for a concert billed as the ‘Muslim Live 8’ in an effort to raise funds for the victims of the Darfur crisis. Islamic star Sami Yusuf headlines the event. And in other news Bangladeshi man Kafil Ahmed is jailed for life for the murder of his wife Laily Begum despite police still being unable to locate her body.
NOVEMBER
Top Story: A Birmingham Dentistry student is found guilty of the murder of her lover’s pregnant wife. Harmohinder Kaur Sanghera stabbed 19-year-old Sana Ali more than 40 times in a “sustained and ferocious” attack.
Other News: Media watchdog Ofcom defends the Channel 4 Dispatches programme ‘Undercover Mosque’ after it was accused of attempting to stir up racial hatred by West Midlands Police. The show featured a speaker at a Birmingham Mosque glorifying terrorism and was broadcast earlier in the year. West Midlands Police were widely expected to arrest those filmed in the programme but they accused programme makers of ‘splicing together’ extracts from a number of speeches to distort their meanings. But Ofcom refused to accept their view saying the programme makers were not at fault. 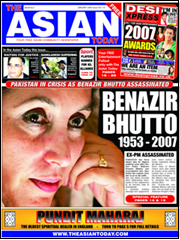 DECEMBER
Top Story: Benazir Bhutto is assassinated in Pakistan just days before the country were due to hold elections. The former Prime Minister is shot before a bomb explodes as she left an election rally in Rawalpindi. Her death marks widespread rioting across the country. Her 19-year-old son Bilawar Bhutto is named as her successor.
Other News: A woman in jailed for nearly five years after faking her own kidnap to con her husband out of £50,000. Hina Uroog was initially treated as a victim by police but she was rumbled when it emerged she had secretly been dating her alleged kidnapper for some time.