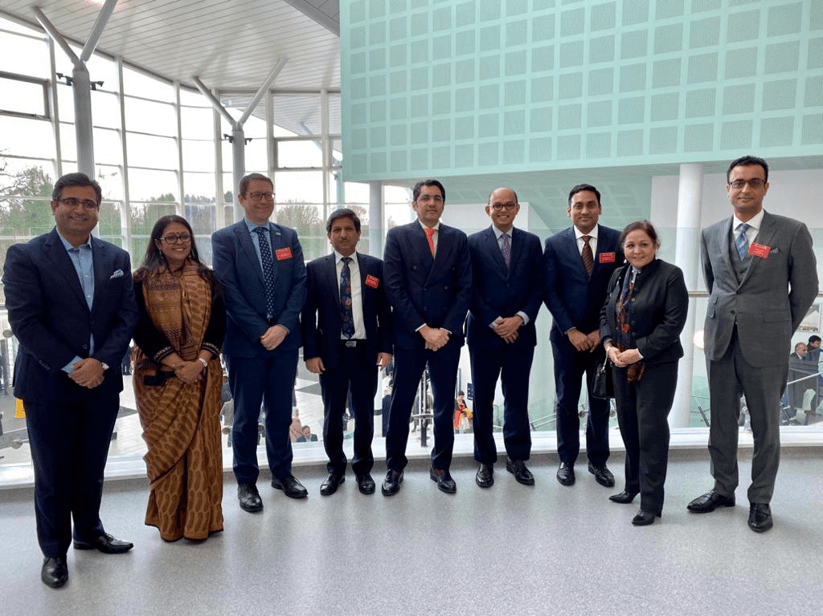 Key stakeholders in the Healthcare sector in India and UK converged at the Queen Elizabeth Hospital UHB NHS Trust, Birmingham, to participate in the India –UK Healthcare Conference 2020.

”The year 2020 is expected to witness an inflection point in India – UK Healthcare Collaboration” – remarked Consul General of India while addressing around 250 key stakeholders of the India-UK Healthcare landscape.  Ideas from ‘Bridgital Nation‘, the recently released Book by Mr. Natarajan Chandrasekaran and his co-author Ms. Roopa Purushothaman of Tata Sons, was shared by Mr. Tim Jones, CEO Tata UK, to ignite the conversations on how British-Indian collaboration in the Healthcare space can be taken to the next level. He expressed the support of Tata’s for the India-UK collaborations in the healthcare sector and their participation in the creation of the 2020 blueprint.  He remarked, ”India – UK collaboration is in our DNA as a nation builder in our home country of India, having a strong presence in the UK for over a century, through 19 companies and with over 60,000 employees”.

The British and the Indian Institutions are collaborating in the field of Healthcare at an unprecedented pace. British trainers are doing so in partnership with their Indian counterparts, taking advantage of the cost effectiveness of India using ‘training-the-trainers’ and other such innovative models. Undoubtedly, the lion’s share of such professionals who are receiving the world-class training will serve in the Indian healthcare sector.  A fraction of the same would be able to serve in the NHS for a limited period of time, before returning to India, making the ‘circular economy‘ work to the advantage of both economies.

To take this partnership to the next level, Birmingham, in the heart of UK, witnessed the ensemble of over 250 key policy makers, travelling all the way from India and all over the UK, converged at the renowned Queen Elizabeth Hospital for the Second round of the ‘India – UK Healthcare Conference’ 2020. The platform highlighted joint projects between India & UK, and showcased successful projects where British organisations are operating in India and vice-versa, namely, Health Education England’s (HEE) ‘Global Learners Scheme’ being implemented in India, to support the delivery of high-quality patient care by educating, training Indian nurses and providing them a safe, ethical and supported route into training and practice within the NHS; signing of MoU between University Hospitals Coventry and Warwickshire NHS Trust and the Government of Kerala for the establishment of a first of its kind full fledged ‘Apex Trauma Simulation Centre’ at the Government Medical College, Thiruvananthapuram, Kerala based on a £1.4 million grant provided by the Tata Trusts, is expected to train up to 9000 doctors, nurses, paramedics and ambulance workers in the basics of trauma & emergency care over a period of 2 years in Kerala; partnership between Cumbria, Northumberland, Tyne and Wear NHS Foundation Trust and the Bangalore based Cadabams Group to develop new joint research programmes to improve the well being of school children, and to improve their community care and dementia services; Shrewsbury and Telford NHS Trust tieing up with Training Institutions in India, and many more in discussions. Several private players from both sides shared their journeys including the Investment and expansion plans. 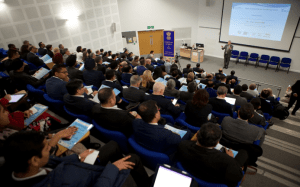 As part of the India – UK Healthcare Conference, a Memorandum of Understanding was signed between the Sri Guru Ram Dass Institute of Dental Sciences & Research, Punjab, India and the School of Dentistry, University of Birmingham, United Kingdom for promoting exchange of students, staff and of best practices.

The Conference which took place on 11th February, 2020, was organised by the Consulate General of India, Birmingham, in partnership with the Department for International Trade (DIT), Government of UK, and was supported by the University Hospitals Birmingham NHS Foundation Trust, Birmingham City University, Government of Telangana – India, Confederation of Indian Industry (CII), Federation of Indian Chambers of Commerce and Industry (FICCI), National Health Authority – India, Invest India and the strategic partner – India Inc, UK.

The Session was followed by a CEO’s Round Table at the Edgbaston Park Hotel and Conferences Centre, Birmingham. It was co-Chaired by Mr. Chris Born, Senior Healthcare Specialist, DIT and Dr. Praveen Gedam, Deputy CEO, NHA, witnessing the on-going collaborations between the India and UK at an unprecedented level, and open discussion on how to address the challenges and maximise the opportunities. The Round Table focused on training the Indian workforce in UK with its world class medical education, research and training making the ‘circular economy‘ work to the advantage of both economies; to  jointly produce trained healthcare professionals to meet global demands of the 21st century, to take the collaborative projects to the next level and how to benefit from the British ecosystem to solve healthcare challenges.

Healthcare has been identified as a priority sector for the UK–India business relationship. The NHS, arguably the best integrated healthcare system in the world  faces significant challenges as it endeavours to improve its ability to address the complex healthcare needs of its users while remaining financially sustainable.  India is seeing a tectonic shift in healthcare delivery in the form of Ayushman Bharat – the world’s largest government funded healthcare scheme which will eventually benefit half a billion people. A combination of technological advancements, the new ‘NHS Visa regime’ and the ‘Ayushman Bharat’ Scheme has created the unique environment for healthcare partnership between UK and India.