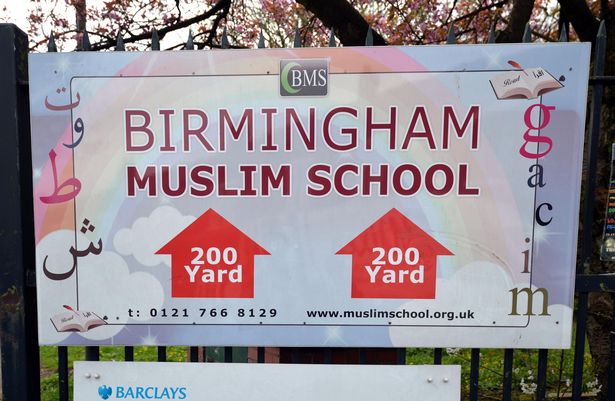 A primary school in Small Heath has been shut down under the orders of Government.

An investigation into its owners, Albayan Education Foundation Ltd, is still under investigation by the Charity Commission, connected to an unreported “serious incident” relating to the lSmall Heath school

The school’s head, Janet Laws, known as Aisha Abdrabba, had previously been subject to an interim prohibition order banning her from teaching because she was deemed “a potential risk to pupils”.

Birmingham Muslim School in Golden Hillock Road has been under regular review by Ofsted since 2014.

The school opened in 2001 and has never been graded ‘Good’ or better by Ofsted.

It has previously been criticised for failing to protect pupils from risk of radicalisation and extremism, along with other safeguarding failings.

The DfE confirmed that Secretary of State Gavin Williamson had decided in November to remove the school from the register of independent schools, effectively sealing its fate.

As a school without registration cannot operate lawfully, the DfE ruled it had to close down, giving a closure date of December 16.

A Department for Education spokesperson said: “Safeguarding our children and young people throughout their education is paramount, regardless of the setting in which they are being taught.

During their visit to the school on December 16 last year, inspectors discovered empty classrooms and staff clearing cupboards and disposing of rubbish.

Parents had petitioned the Department for Education to protest about the closure and had stated they were “reluctant to send their children to other schools,” the head told the inspectors.

Birmingham City Council said it was working with parents and leaders of the school to identify suitable arrangements for the former pupils.

A council spokesperson said: “Our officers have been supporting all the families of pupils from Birmingham Muslim School since the decision was taken for the independent school to close and will continue to do so.

At its first inspection, six years later, Ofsted ruled the school was “inadequate” in all areas. They found the teaching was weak, staff turnover was high, and pupil attendance and punctuality was poor. Quranic teaching was unsatisfactory. Criminal checks on some staff were ‘pending’. Safeguarding, health and wellbeing of pupils were all deemed ‘inadequate’. The head teacher is listed as Aisha Abdrabba and her husband Ghoma Abdrabba as the proprietor.

In January 2017 an emergency inspection found there was a risk of pupils being exposed to extremism, adding: “The school is not taking all reasonable steps to protect pupils from exposure to partisan political views.”

In their report they said it was “inconceivable” that the school had noted “no concerns about welfare or safeguarding” in its history – yet none have ever been logged.

From then until closure, inspectors found the school was consistently failing to meet standards.