Home Local Man Jailed for Abusing A Child For Three-Years 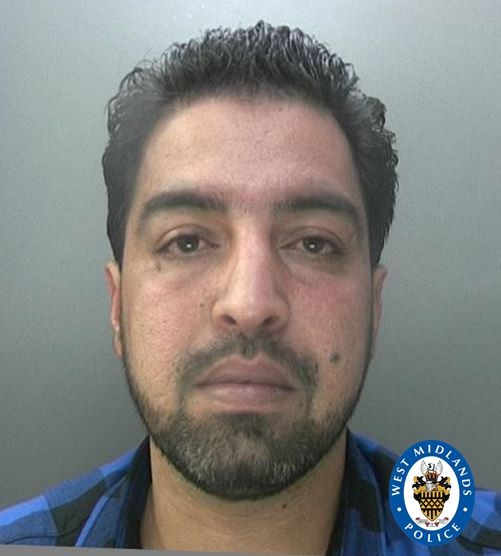 A man from Birmingham who raped a child in a horrific three-year period has been jailed for 19 years.

Muhammed Irfan, 35, was on a five-day trail at Birmingham Crown Court for raping a child under the age of 13.

The paedophile from Gough Road, Sparkhill, threatened and traumatised his victim if she told anyone.

The young teenager, whose childhood was ruined by the abuse, found the courage to speak out.

At court the jury heard how the abuse had affected the schoolgirl. In a statement she said: “Throughout my childhood and in school, I was what I would describe as a naughty child.

“I would fight boys, be disruptive, answer teachers back and just not go to lessons. It is only now I am old enough to realise why I was like this.”

She continued: “I am so glad other people have believed what happened to me and the regular abuse I suffered.

“Although I am happy knowing he is going to prison, I still don’t know if I will ever be able to move on from what has happened to me.”

Irfan will serve 19 years with an extended licence period of one year and will remain on the Sex Offender Register for life.

Det Con Tom Parkes, from West Midlands Police’s Public Protection Unit, said: “This young girl should have been enjoying her school years and preparing for adulthood. The abuse she suffered has clearly had a long-term traumatic effect and I hope this sentence helps to put her on the road to recovery.

“We work with specialist agencies who can offer support from the moment a crime is reported, through the investigation and trial process, and beyond. I commend her bravery in speaking out and wish her well for the future.”