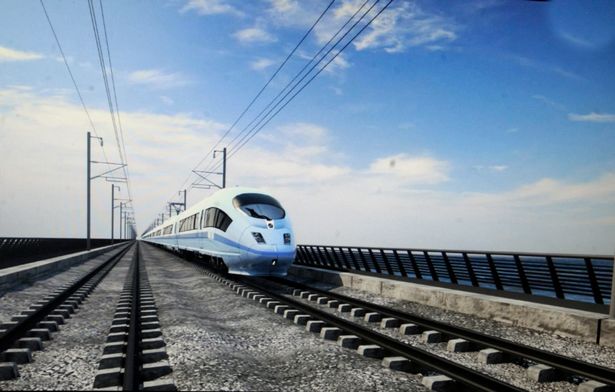 The decision for a ‘go or no-go’ on the high speed-rail link H2 will be made by the end of the year Transport Secretary Grant Shapps has said.

The terms of reference and timetable for the Government-commissioned independent review of HS2 will look at the costs and benefits..

Led by former HS2 Ltd chairman Douglas Oakervee, the review will consider “whether and how HS2 should proceed”, the Department for Transport said.

A final report will be sent to Mr Shapps with “oversight from the Prime Minister and Chancellor of the Exchequer” by the autumn.

Mr Shapps said: “The Prime Minister has been clear that transport infrastructure has the potential to drive economic growth, redistribute opportunity and support towns and cities across the UK, but that investments must be subject to continuous assessment of their costs and benefits.

“That’s why we are undertaking this independent and rigorous review of HS2.

“Douglas Oakervee and his expert panel will consider all the evidence available, and provide the department with clear advice on the future of the project.”

The ballooning costs for the ambitious infrastructure product has seen public support wane.

The independent review will look at how much HS2 will cost, it’s affordability, deliverability and scope.

A new poll has found a distinct lack of support for HS2 in the Midlands – the one region expected to benefit most.

The YouGov survey has found that a majority in the region either oppose the high-speed rail link or have no strong opinion.

Only 26 per cent are supportive and just 8 per cent describe themselves as strong supporters.

Many are concerned about costs, with 63 per cent of those questioned in the region believing HS2 will not be value for money.

The exclusive polling for ITV News Central does, however, offer some good news for supporters of the scheme.

“We felt it was important to find out how people in our part of the world feel about the most important infrastructure project in our region for decades.”

She said Thursday’s news programme would be devoted to discussing the issue by looking at the cases for and against the scheme and talking to Midlands people whose lives have already been dramatically changed by it.