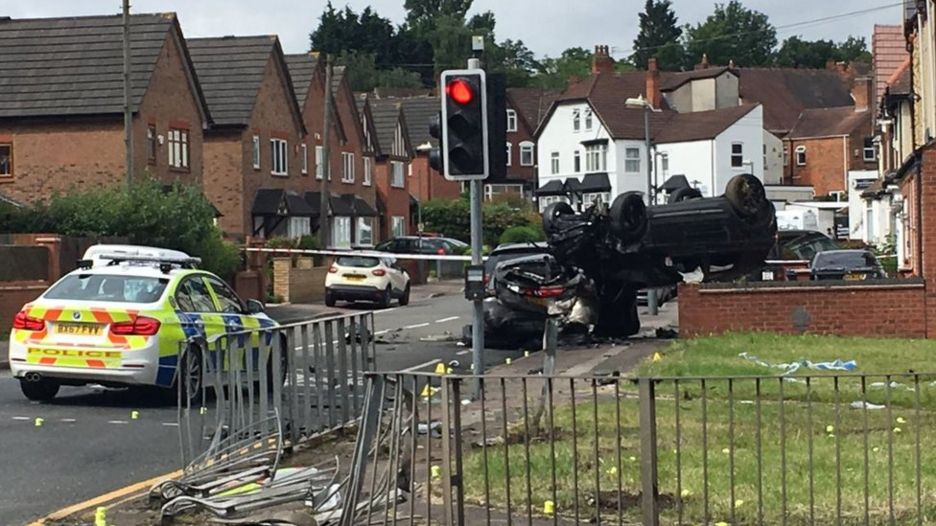 A Police officer is in a serious condition in hospital following a crash in Birmingham yesterday morning.

The male officer was in a police car which crashed with a vehicle being pursued by other officers.

He was not involved in the pursuit and suffered pelvic, leg and shoulder injuries when his police car collided with the Range Rover Discovery in Erdington.

Fellow officers had attempted to stop the Range Rover on Wood End Road after it was spotted driving erratically.

Police said the unnamed officer suffered pelvic, leg and shoulder injuries and remained in a serious but stable condition in hospital.

The force said his family were at his side.

A 37-year-old-man has been arrested on suspicion of dangerous driving and driving while unfit through drink or drugs.

Chief Inspector Tony Cole, force incident manager at West Midlands Police, said: “An investigation is under way to establish the circumstances of what took place this morning and I would urge anyone who witnessed the collision to get in touch.

“Support is being pro-actively offered to those who attended the scene and colleagues of the officer.”

The force’s Professional Standards Department has been informed.

Any witnesses or anyone with information has been asked to contact the force via Live Chat at west-midlands.police.uk between 8am and midnight, call 101 anytime, or contact Crimestoppers anonymously on 0800 555 111.