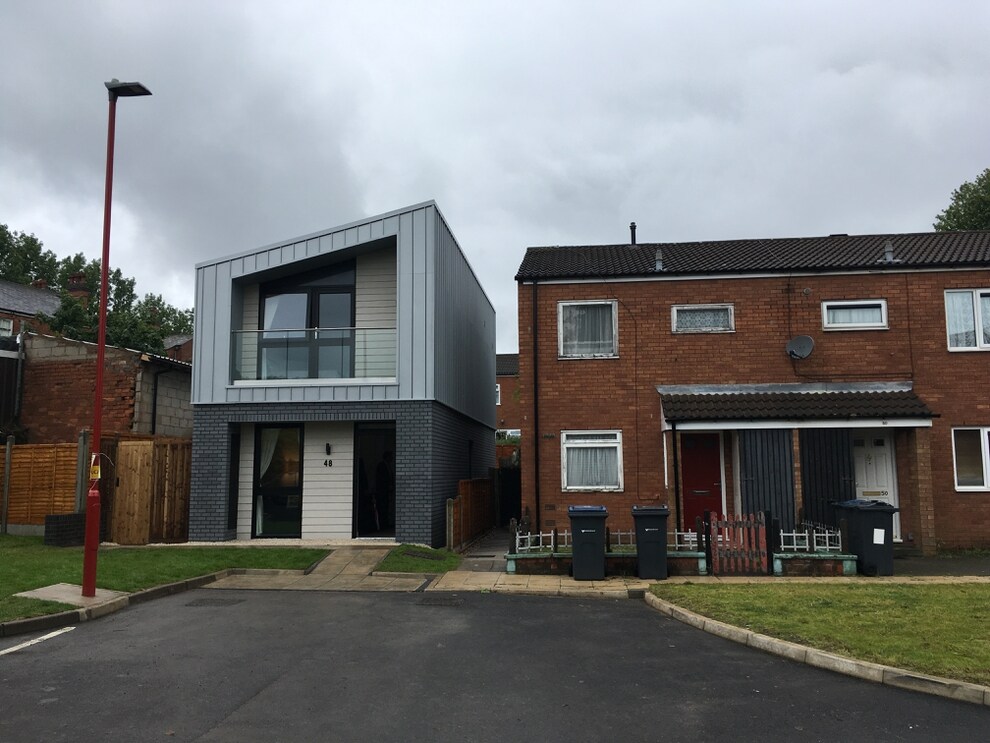 Built in a warehouse around 20 miles away, craned into place in an hour and its new tenants ready to move in – this is Birmingham City Council’s first ever modular home.

The modern looking two-bedroom detached property was unveiled at Heaton Street in Hockley this morning and hailed as an ‘exciting chapter’ by council leader Ian Ward as the authority strives to meet demanding house-building targets over the next decade to serve a swelling population.

Inside has been designed with contemporary furniture courtesy of the Family Fund charity while it features all of the mod cons you would expect as well as an upstairs and downstairs bathroom while the master bedroom even boasts its own balcony.

“It’s nice, it’s a lot newer than the one I’m in and hopefully the bills will be a lot cheaper,” said 53-year-old John Nolan who officially moves in tomorrow with his 19-year-old son.

He is downsizing from a four-bedroom home in Aston and was chosen as the occupant out of more than 90 bidders for the pioneering scheme.

Arguably the most significant benefit is that they can been delivered on problematic brownfield sites – of which the city has more than 1,000 – which typically ramp up the development cost, do not accommodate affordable housing and often put off private developers.

BMHT already has council approval to build a further 54 units across six sites over the next 12 months, subject to planning consent.

They aim to deliver double that in two years before conducting a review of the modular homes programme.