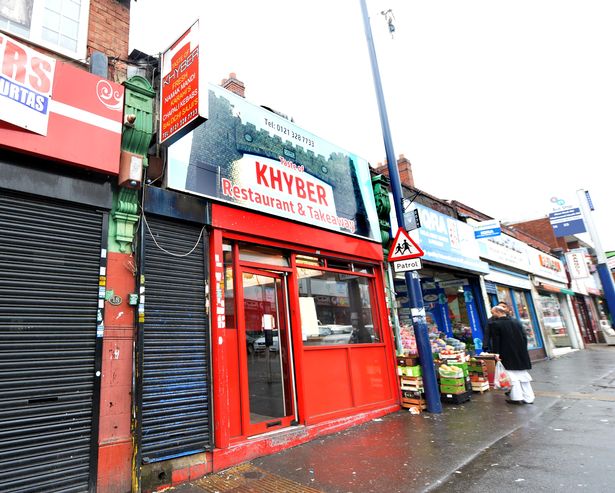 A city restaurant in Alum Rock Road has been slapped with a suspended jail term and a huge fine after mice droppings were found in food.

Zahoor Khan director of The Taste of Khyber Restaurant and Takeaway had previously admitted 12 breaches of food hygiene regulations.

The restaurant was visited on five occasions by city council environmental health officers and had to be closed twice because of the conditions they found.

Faeces were found in food and urine was spotted on food preparation surfaces.

This was over a period of almost eight months between September 2017 and June last year.

“The state of the restaurant was far below what might be expected of a restaurant serving food to the public,” said Catherine Ravenscroft, prosecuting at Birmingham Crown Court.

She said there was a mice infestation and general lack of proper cleaning.

On the first visit on September 4 when officers noticed fruit flies and mouse droppings on work surfaces where food was being prepared.

There was mould around the plug hole of a sink where there was no soap or hand drying facilities.

Dirty pots and a tub of sugar which had a spoon inside with a mouse dropping on top of it were also found.

Mouse droppings were also discovered at the bottom of a dough mixer.

The premises were served with an emergency prohibition notice but was reopened four days later.

Miss Ravenscroft said there were then a couple of visits by officers who raised concerns including one about a chiller which above the recommended temperature.

A further visit was made on April 11 following a complaint by someone who said they had spotted mice on the premises.

“The person said a number of mice were running around the kitchen and seated dining area.”

Officers discovered droppings on a chopping board as well as in a box of root ginger and a take away container.

Further discoveries were found in a box of tomatoes one of which had been gnawed.

Another closure order was made with the restaurant reopening five days later.

Miss Ravenscroft said a final visit was made on June 5 when the sink was found to be in the same state.

Miss Ravenscroft said “This is a case where there was a high risk of adverse effect on customers.”

Duncan Craig, defending, said there was no evidence of actual harm and went on “There is clear evidence of intermittent compliance and then the eye is taken off the ball.”

While Khan was sentenced to four months imprisonment suspended for 12 months, and 60 hours of unpaid work.

“I’ve taken into account the fact you have no previous convictions and were of previous good character,” the judge told Khan.

“I take into account the progress you have made in seeking to improve standards.”