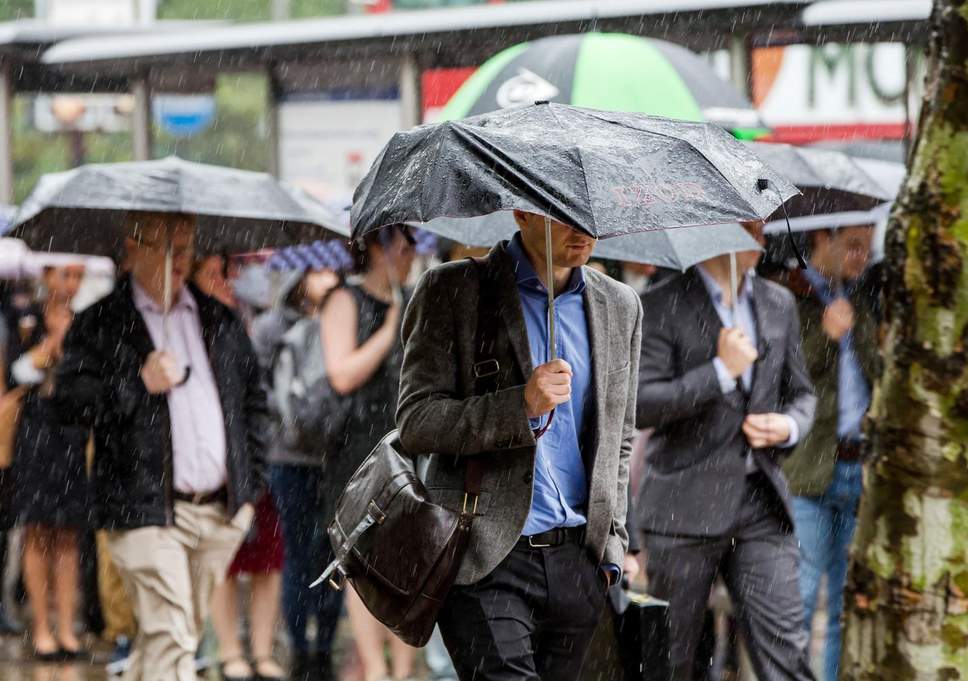 Britain is hotter and wetter than at any former time in the past 100 years, the latest figures from the Met Office show.

Last year was the fifth warmest for the UK in records dating back more than a century, and nine of the 10 hottest years have subsisted since 2002.

A new Met Office report additionally shows that, despite this summer’s shortage of rain in some areas of the UK, the amount of rainfall has gone up.

Figures show the UK climate is warming, with average temperatures over the last decade around 0.8C above the 1961 to 1990 average, while the country has also seen 8 per cent more rain.

The annual state of the UK climate report also revealed that, in contrast to this summer, UK summers have been notably wetter over the last decade from 2008 to 2017, with 20 per cent more rainfall compared to 1961-1990.

Nine of the 10 hottest years in the UK have happened since 2002 and 2017 was the fifth warmest on record, figures dating back to 1910 show, the Met Office said.

And the Central England Temperature (CET) record which dates back to 1659 for an area of central England reveals the 21st century, since 2001, has so far been warmer than the previous three centuries.

The report also found that average sea levels have risen around 1.4mm a year since the start of the 20th century – equivalent to a rise of about 16cm (6.3 inches) since 1900.

Dr Mark McCarthy, manager of the Met Office National Climate Information Centre, said: “Our climate is changing, globally and here in the UK.

“People may not recall 2017 as having been a particularly warm year, with a relatively wet summer and snow in December.

“Despite this, when looking at the longer term perspective, 2017 was still more than 1C above the 1961-1990 baseline and ranks as the fifth warmest year overall for the UK.”

Rainfall in 2017 was around average for the UK, but regional differences saw much of Highland Scotland and lowland England were considerably dry, while west Wales, north-west England and parts of south-west and north-east England were wetter, the Met Office said.

Last year’s extremes included a temperature high of 34.5C on June 21 at Heathrow, and a low of minus 13C at Dalwhinnie, Scottish Highlands, on December 11 and Shawbury, Shropshire, on December 12.

The highest daily rainfall was 212.6mm (8.37 inches) in Ennerdale, Cumbria, on Christmas Eve, while the deepest snow recorded was 40cm (15.75 inches) in Llanarmon Dyffryn Ceiriog, Wrexham, on December 11.And the sunniest spots were Whitby, North Yorkshire, Hastings in East Sussex and Morecambe in Lancashire, which all recorded 16.2 hours of sunshine on June 17 or 18, the reports shows.

The sunniest spots were Whitby, North Yorkshire, Hastings in East Sussex and Morecambe in Lancashire, which all recorded 16.2 hours of sunshine on June 17 or 18, the reports shows.

Dr Stephen Cornelius, chief adviser for climate change at WWF, said: “Climate change is not just a problem for others – this report shows that it affects us here in the UK.”We’re in the age of consequences – extreme weather such as we’ve experienced this summer threatens our health, our water supplies and our natural world.

“We’re in the age of consequences – extreme weather such as we’ve experienced this summer threatens our health, our water supplies and our natural world.

“These extreme events will become normal if we don’t heed these warnings and act with urgency. The UK Government needs to work harder to cut our carbon emissions and build a cleaner, greener economy.”

A Business, Energy and Industrial Strategy Department spokesman said: “The UK is a world-leader in cutting emissions and driving investment in low carbon technology. Since 1990, carbon emissions are over 40% lower, while the UK’s GDP has increased by more than two-thirds.”