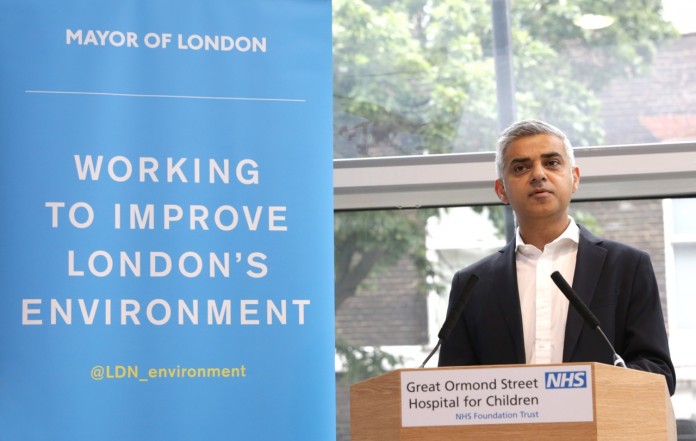 The Mayor of London, Sadiq Khan launched plans for the toughest crackdown on the most polluting vehicles by any major city around the world.

A £10 charge for the most polluting vehicles and an extended Ultra-Low Emission Zone will be part of a major public consultation launched today, the 60th anniversary of the Clean Air Act.

With around 9,500 Londoners dying from long-term exposure to air pollution every year and latest research revealing over 443 schools in the capital are in areas exceeding safe legal pollution levels, Sadiq Khan wants to take urgent action to help end London’s ‘public health emergency’ and clean up the capital’s filthy air.

From new charges for the oldest most polluting vehicles, to improved alerts for high-pollution episodes, the Mayor is today asking Londoners for their views on his Clean Air Action plan.

The public have until Friday 29th July 2016 to feed back on the first round of the consultation, further more detailed consultation will take place later this year and some measures could be implemented as early as 2017.

The Emissions Surcharge in 2017, followed by an expanded ULEZ in 2020, would be the toughest crackdown on the most polluting vehicles by any major city around the world.

On the 60th anniversary of the Clean Air Act, ‎the Mayor delivered a keynote speech at the consultation launch and visited a Great Ormond Street Hospital specialist ward caring for children with a variety of respiratory conditions which are all adversely affected by poor air quality. 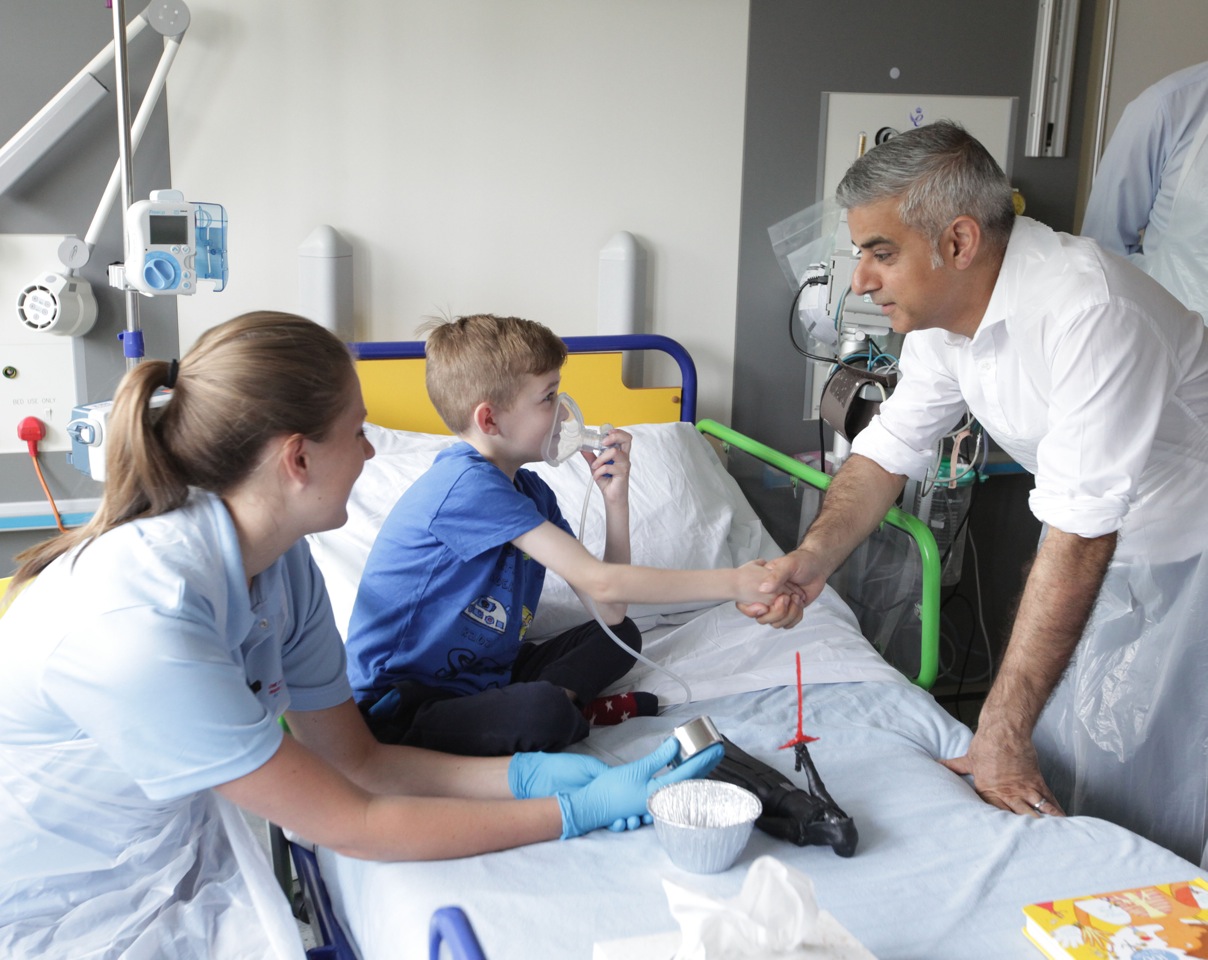 The Mayor of London, Sadiq Khan, said:  “With nearly 10,000 people dying early every year in London due to exposure to air pollution, cleaning up London’s toxic air is now an issue of life and death.

“It is the 60th anniversary of the Clean Air Act of 1956, which was passed following the great London smogs of the 1950s.  The legislation made a huge difference to life in London and saved countless lives.

“British politicians at the time did an amazing thing and responded on the scale that was required.  Today we face another pollution public health emergency in London and now it’s our turn to act for the good of Londoners and for future generations to come.

“Just as in the 1950s, air pollution in London today is literally killing Londoners.  But unlike the smoky pollution of the past, today’s pollution is a hidden killer.

“The scale of the failure to tackle the problem is demonstrated by the failure of the Government and the previous Mayor to meet legal pollution limits.  Urgent action is now needed to ensure Londoners no longer have to fear the very air we breathe.

“That’s why I’m launching a hard-hitting plan of action to clean up our filthy air.  Tough challenges call for tough measures, so I’m proposing a new £10 charge for the most polluting vehicles in central London from 2017, followed by an even stronger crackdown on vehicles pumping out hazardous pollutants.

“This is just a small part of the wider measures I’m consulting on to protect the health of Londoners.  And I urge everyone to respond and share their views and ideas to help tackle this public health emergency.

“I am also calling on the Government to work with me and to take more action to tackle air pollution.  We can’t do this alone in London.  The Government should seize the spirit of the 60th anniversary of the Clean Air Act and pass new legislation fit for the 21st century.

“This needs to provide new powers and legal protections to ensure that the existing legal limits for air pollutants are retained following Brexit.”

To help address this the hospital has brought in a clean-air zone around the hospital’s vicinity encouraging staff, patients and families not to let their car engines idle, and to use low emission taxis and minicabs or walk or cycle wherever possible.

“The Mayor’s drive to clean up the capital’s air is fantastic news for our patients and staff. Children living in highly polluted areas are four times more likely to have reduced lung function in adulthood, yet improving air quality has been shown to halt and reverse this effect. 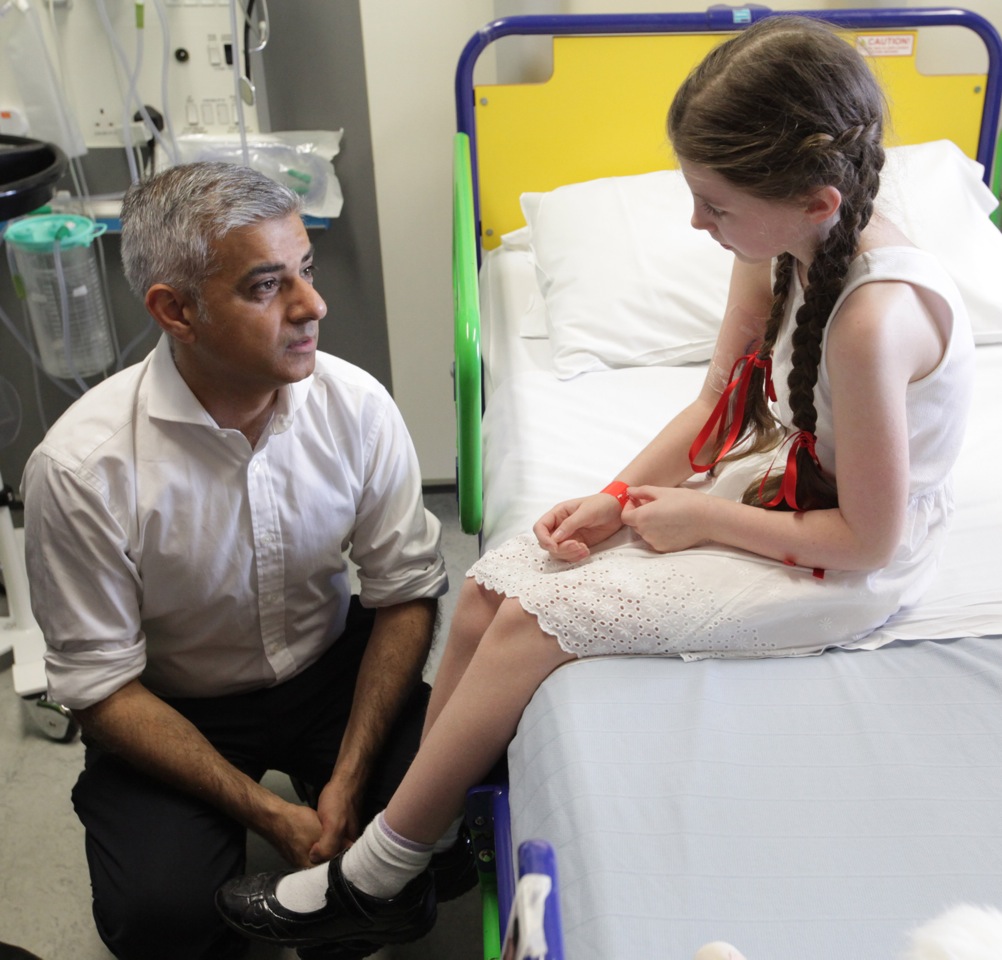 “When the UK’s most seriously ill children come to GOSH for our world class care, we want to ensure that they are  not exposed to high levels of harmful pollution and so we are pleased improving London’s air quality is a priority for the Mayor.”