Home Features Let’s Not Save the BBC Asian Network

Zeenat Moosa judges the station as a listener 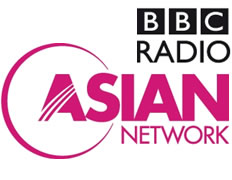 THE BBC’s intention to close their Asian Network Radio, earlier this week, was met by a hideously escalating, and it my opinion, somewhat unnecessary backlash of anger and negativity.
Indeed, Facebook petitions were being launched ten to the dozen, bloggers claimed Asian license-fee payers were being abandoned and a staggering 158 public figures, including the likes of Jay Sean, Shilpa Shetty and Amir Khan amongst others, submitted a plea in a letter to The Guardian Newspaper, claiming a key outlet for South Asian talent would be “tragically lost” if the station closed down.
Having been launched eight years ago, amidst an abundance of optimism and fanfare, the digital radio station now faces closure along with 6 Music as part of the strategic review announced by Mark Thompson. Yet, as a so called British Asian and license fee payer, I fail to grasp what can be so tragic about losing a failing station.
Statistically, The Asian Network has become nothing more than a troubled nightmare for managers. Having once boasted of an audience of 500,000 at its peak; the station now attracts just under a mere 360,000 listeners despite an annual budget of £8.7 million being thrown at it, no doubt making it a very expensive and probably uncomfortable listen to most supporters. .
Yet the drastic fall in listeners comes as little to shock to many critics, for the station was flawed from its very conceptual beginning.
It is no wonder that the BBC’s chief operating officer Caroline Thompson, when addressing the House of Lords, explained that the Network was confused because it had to “cater for many disparate groups simultaneously”. Did she not consider how confusingly ridiculous this idea was in the first place?
To suggest that an 80-year-old Hindustani immigrant who doesn’t speak a word of English and enjoys religious recitations would want to listen to the same thing as a 17-year-old third-generation British Asian who doesn’t speak Hindi and enjoys JLS is as daft as expecting every single British Asian to read this paper.
As like Ms Thompson, I am extremely confused as to whom the station was/is aimed at. When you consider how diverse Asian culture can be; encompassing a plethora of many different languages, music, dances, foods, socio-economic and educational backgrounds not to mention the obvious religious divides, the idea of a BBC radio station dedicated to an “Asian” community sounded odd at the very least. And spare a thought for the Chinese, Japanese and other ‘Asian’ communities who, by no mistake of their own, would be forgiven for thinking the station would cater for their tastes and cultures too. How wrong would they be to assume a station branded as being ‘Asian’ didn’t cater for them?
Furthermore, in addition to this recipe of failure, the station has not, as initially planned proposed, provided a stepping stone for new British Asian producers, actors and presenters. If anything, it has become the exact opposite: providing a platform for regurgitated and somewhat ghettoised ethnic talent.
Whilst the station may boast showcasing undiscovered music artists, sadly the same cannot be said for their presenters.  Rather than utilizing funds by bringing fresh voices and presenters to shows, the radio has simply pinched house hold Asian names from other branches of the Corporation to front their failing programmes – the likes of DJ Nihal, Bobby Friction, Ameet Chana, Satnam Rana, Konnie Huq and Samina Ali Khan to name but a few.
Some things are better not saved and for good reason too. John Terry couldn’t save his captaincy, Cheryl Cole couldn’t save her marriage and Tiger Woods couldn’t save his philandering ways from the media. Not saving the BBC Asian Network is a very good reason too. I fully appreciate that The BBC Asian Network has had a reasonable attempt in serving the (undefined) Asian community for almost a decade.
Yet, rather than mourn its loss, and exhaust our energies in petitioning to try and flog, as the saying goes, a dead horse, is it not time we pour this feverous enthusiasm to petition for a fresh, new innovative and creative beginning?
Zeenat Moosa is a freelance writer based in Birmingham