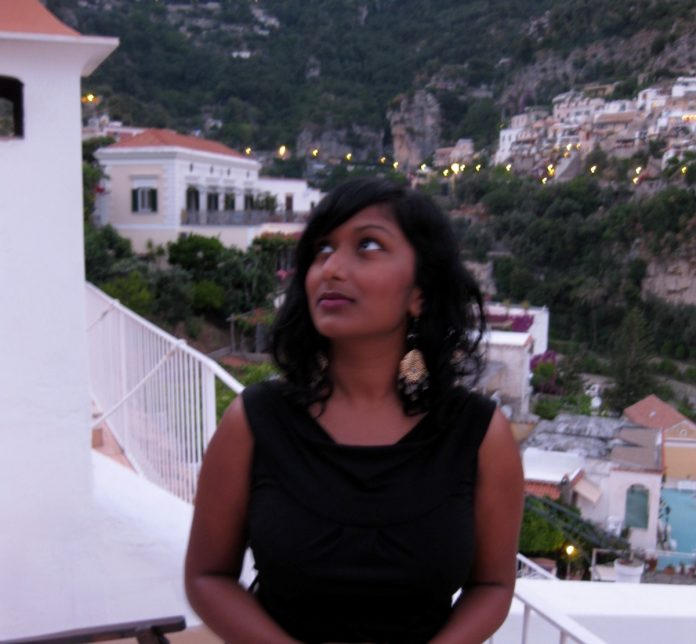 Penguin’s WriteNow competition is right around the corner. The competition calls on writers from minority backgrounds to submit their manuscripts in the hopes of receiving editorial help and publication.

Last year, 12 lucky writers were chosen for the programme, one of which was British Asian Emma-Jane Smith-Barton. We sat down with Emma-Jane to find out more about her Asian background and its effect on her journey as a writer, as well as the purpose and benefits of the WriteNow programme.

How did you first get into writing?

I was eleven when I realised I wanted to be a writer. I remember the moment clearly – I’d finished a teenage fantasy book, reading though the night by torchlight, completely swept up in the story. I remember lying in bed, staring at the cover, and thinking I’d like to write a book like that, to tell a story that captivated the reader so strongly that, in that moment, it became more important than real life.

Once I started writing, I couldn’t stop: I fell in love with it. I wrote when I was confused, angry, happy, sad. I wrote when we moved home, when I worried about exams, when I wondered if I was more British or Pakistani and if it was okay to feel that I was both. Writing became my companion; whatever else was happening in my life, writing was always there. I found a home in literature and writing. It became a part of my identity.

Writing became my companion; whatever else was happening in my life, writing was always there.

Looking back, the desire to write – or at least to communicate things – was always there. From a very young age, I was always trying to make some sort of sense of the world, and trying to figure out the way things worked in terms of society and communities, relationships. And people were and are just the most fascinating thing to me. Writing became, and still is, my way of communicating with the world, and also of trying to make sense of it.

What is the purpose of Write Now?

WriteNow’s goal is to increase diversity in literature. The scheme aims to ‘find, mentor and publish’ writers from communities currently underrepresented in the industry. It’s run by Penguin Random House, the world’s largest publisher, and offers a year-long mentorship to successful applicants: the chance to develop your writing and work on your book with an editor with the view of publication at the end.

Last year, you were chosen as one of 12 writers for long-term mentoring from 2000 applicants. What about you or your writing do you think stood out?

Firstly, I had no idea I would actually get through when I applied. I hoped and dreamed, of course; I did a lot of that! And I also worked hard to get my manuscript into the best shape I could. But, just like everyone else who applied, I thought I would just give it a try and see what happened. It seemed too good an opportunity not to apply!

In terms of standing out, I think that ultimately, it really comes down to the writing, the voice, and the story. Although my manuscript wasn’t complete when I applied, I had a very strong sense of the story I wanted to tell – and any reader wants to be completely absorbed in the story. I’m passionate about the story and themes the book deals with, and hopefully that transfers to the page. Also, the feedback I’ve received from my editor mentor at Penguin Random House, Naomi Colthurst, since starting the mentorship is that my teenage character’s voice is authentic and very relatable. My character, Neena, is a typical teenager!

So I would say, have a clear sense of the story you want to write and stay true to it. Get to know your characters inside out. And then, polish up your manuscript to show off your best writing.

There’s more advice on the WriteNow website on what stood out for Penguin Random House, so anyone thinking about applying should definitely take a look at their blog: https://www.penguinrandomhouse.co.uk/work-with-us/authors/getting-published/ 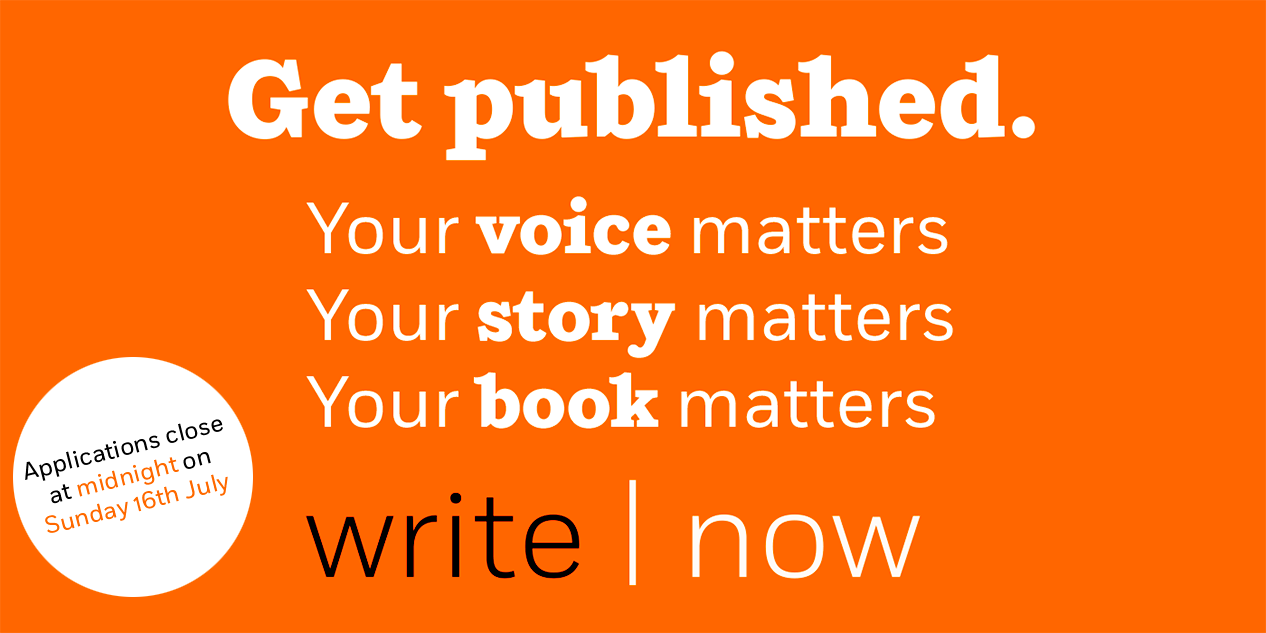 Tell us about your writing project, Black Moon. What’s it about, and what kind of help have you received via the WriteNow programme in developing it?

Black Moon (now called The Sun and Moon of Neena Gill) is about a British-Asian fifteen-year-old girl trying to come to terms with her brother’s death. As she tries to navigate her way through her grief, her first (secret) love, and cultural pressures from her parents, she begins to struggle with her mental health. It’s about identity and belonging, and also about the need to hold on tightly before we can properly let go.

As she tries to navigate her way through her grief, her first (secret) love, and cultural pressures from her parents, she begins to struggle with her mental health.

During the WriteNow insight day, Penguin Random House editor Ruth Knowles gave me some really clear pointers as to what she thought was working well and what I should do more of, and also some things that needed a bit more fine-tuning. She also talked to me about other books out there that were similar to mine (but also different!), encouraging me to think about the market for the book, my potential reader. It was such an encouraging conversation and gave me confidence and direction to complete the manuscript.

Since starting mentoring with Naomi Colthurst at Penguin Random House, she has given me brilliant feedback on areas I could explore further to deepen certain themes and relationships. It’s been amazing to be able to talk about my work in this way, to ask questions openly, and to learn, without worrying about sounding silly, or getting things right first time. It’s also been so encouraging to have her champion my book and to be able to call myself a writer – that in itself has been hugely fruitful for the writing process!

As a writer from a minority background, what has your experience with the publishing industry been like?

It’s been interesting, challenging at times. I think that as a British-Pakistani writer, or any writer from a minority group, people expect you to write about certain topics, and even for certain genres. But the best writing comes from our passions, our obsessions, and often our fears – and it took me a while to move away from the industry’s expectations of me as a writer and figure out what I wanted to write about. Although, of course, I always knew deep down, it was more about having the confidence to actually do it.

At the same time, I was looking around at what was being published. People like me weren’t publishing books; books like mine weren’t on bookshelves. That’s an extremely discouraging place to be.

People like me weren’t publishing books; books like mine weren’t on bookshelves. That’s an extremely discouraging place to be.

Writing can be isolating and it’s easy to doubt yourself while sitting alone staring at a screen. That doubt can be debilitating – a mental block to creativity. I definitely struggled with that. But at the same time, I believed I had an important story to tell. Also, I didn’t see characters like myself in books growing up, and I was desperate for them. So the fact that these books didn’t exist was a catalyst in the end: I wrote though the doubt.

Aside from the industry, have you faced any obstacles that stemmed from the British Pakistani community itself?

My parents are first generation immigrants and came into this country with very little. They wanted me and my sisters to be professionals

There have been so many, mainly in terms of the expectations, said and unsaid, that the culture brings. My parents are first generation immigrants and came into this country with very little. They wanted me and my sisters to be professionals – doctors, teachers, accountants, solicitors. There is a perceived security in those jobs. Certainty. So that was a pressure in itself – and I’m also a secondary school English teacher.

And then, in terms of role models, I never knew anyone who had the same dream as me growing up, or even many people in the creative industries at all, and that made the dream of being a published writer feel unattainable at times. I kept going because I loved writing and needed to do it.

What can successful applicants expect from the WriteNow mentoring programme?

One thing I love about the application process for WriteNow is that I felt I gained something from every stage of the process. So initially, it felt like it was a good way to get focused, write my synopsis, think about how I would pitch my story, and polish my writing.

Then, if you’re successful after submitting 1000 words in the first round, you’ll be invited to an insight day, where you’ll get to meet editors, agents and other writers. You will gain so much insight into the industry and also receive one-to-one feedback on your writing from an editor from Penguin Random House, which is such an amazing opportunity in itself.

Finally, if you’re successful in reaching the final ten chosen for mentoring, you will be paired with an editor mentor from Penguin Random House who will champion your book and your writing, working on it with you to steer it towards publication and helping you fulfil your potential as a writer.

It’s a very exciting, generous, and important scheme! I would urge anyone who fits the criteria to give it a go, whether you feel you stand a chance or not – it’s a step to taking your writing seriously. And by applying, you have nothing to lose, and the potential to gain everything to help get your story out there for the world to read.