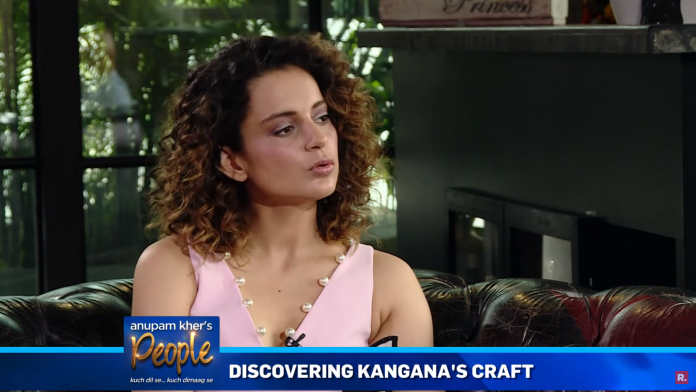 Kangana Ranaut has furthered her public debate on nepotism with her latest interview.

The Queen star, who got into an on-screen spat with Karan Johar over nepotism and the ‘movie mafia’ this time turned her attention to ‘privileged Bollywood kids.’

“Do these Bollywood kids know that it takes almost 10 years to build an audience and to get a critic. These star kids already start from a point where they have everything and they are not aware of the fact that for an outsider, it can take his entire lifetime to reach the starting point.”

“I got one critic after struggling for 10 years and no one cared whether I was alive or dead prior to me becoming a star. One has to earn their critics, so you are privileged, let me put this way and yes, it is not your fault. But at the same time, it is a democracy and we cannot let the society be segregated in this extreme manner and we have to make sure everyone is given the equal opportunities.”

These star kids already start from a point where they have everything and they are not aware of the fact that for an outsider, it can take his entire lifetime to reach the starting point.

It’s no secret that Karan Johar got his lucky break through his father, the late Yash Chopra. However Karan has proved his own worth by launching Bollywood smash hit classics such as Kuch Kuch Hota Hai and the recent Ae Dil Hai Mushkil.

The same might not be able to be said for Bollywood kids such as Tiger Shroff and Sonam Kapoor.

“If the privileged Bollywood kids tag them as ‘lucky’ then it is their very personal opinion of themselves. You might think that you are very fortunate but looking at the mediocrity you display, I might not think that. Hence, stop feeding it to me: ‘I am the fortunate one, so what?’ You are feeding this to me but I don’t think you believe that.”