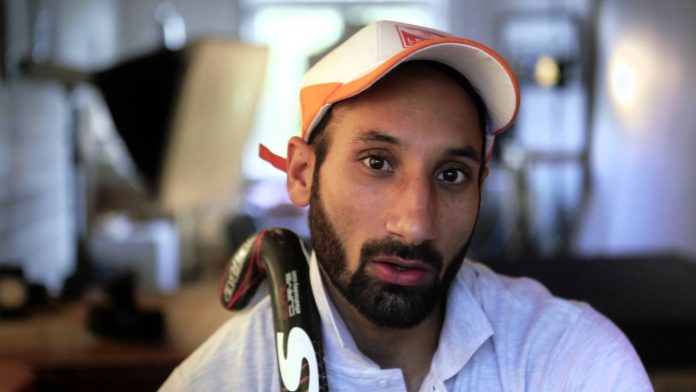 Sardar Singh has been arrested in the middle of the Hockey World League by British Police. The former captain of the Indian hockey team was called in for questioning the day after beating arch-rivals Pakistan 7-1 in the semi-finals.

Last year, British-Indian hockey player Ashpal Bhogal accused Sardar of rape and assault, occurring in both India and the UK. Bhogal claimed the two had been in a relationship for four years, during which time the sporting star tortured her “mentally, physically and emotionally” and blackmailed her into getting an abortion. She also said the two had been engaged, but Sardar refused to marry her.

Bhogal has stated she believes “in the British law and that justice would be done here.” She alleges the pair were engaged for four years, during which she was invited to meet his family in India and fell pregnant with their first child. She told police:

‘I spoke to him regarding this and he said: sorry, I don’t want to have the child and you must abort it immediately, otherwise I won’t speak to you and there will be no contact.

‘So under pressure, and with him also threatening and blackmailing me physically and emotionally, I aborted our child under the consultation of my parents. After this, Sardar abandoned me.’

‘It has come to the point now that I need justice as a woman.’

‘It has come to the point now that I need justice as a woman. If Sardar has any self-respect, he will call me or contact my lawyers.”

Many in the sporting world expressed anger that the surprise police questioning occurred in the middle of the league. A member of the hockey team’s management told the press, “The team is in London, he has been called to Leeds for questioning. We do not even know whether it is a new case or the same old one. If it was the old one, it makes no sense for the police to wait for more than 10 days since we came here.

“Sardar is not here discreetly or fraudulently, he is playing in a major competition with the team and travelled with everyone. The cities are almost 200 miles away, which means a travel of at least 10-12 hours, and there is a crucial match against Holland on Tuesday.”

They even add “this is sheer harassment and nothing else.”

However Bhogal’s supporters have attested that given that some of the crimes occurred in the UK, the police are able to question Sardar now that he is on UK ground again, regardless of the hockey league.