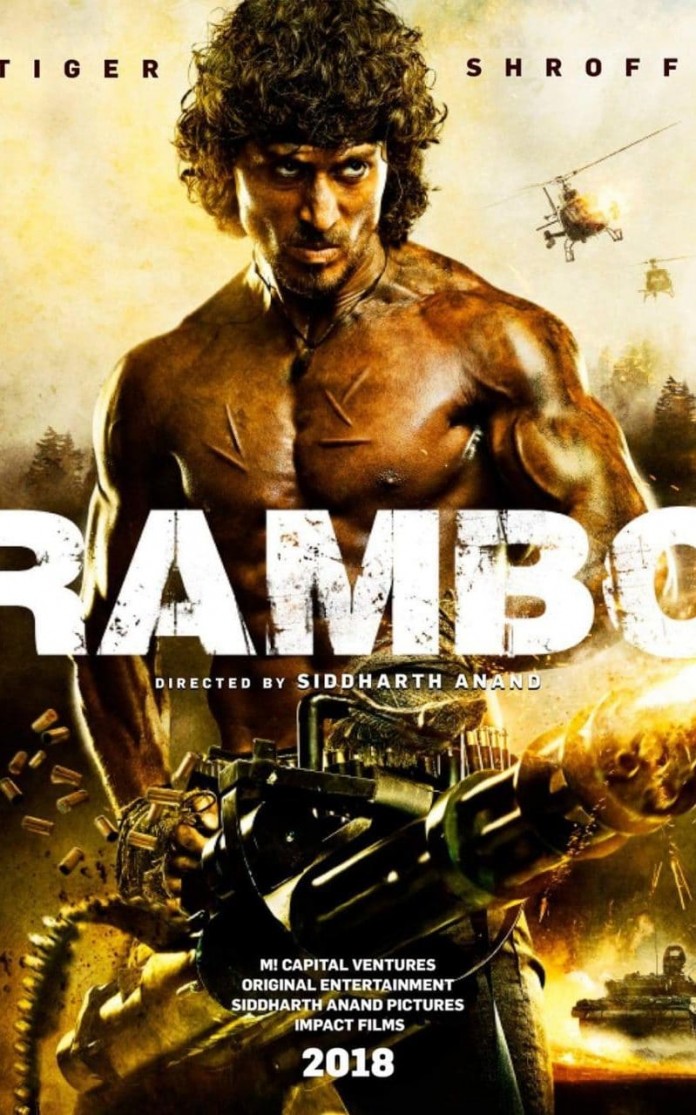 Sylvester Stallone has given a go ahead to the Bollywood remake of Rambo, starring Tiger Shroff. The new Rambo was unveiled at this year’s Cannes Film Festival, where Director Sir Anand told the press, “”Rambo is a global icon. He resonates in every part of the world, so it’s important to start our campaign at the Mecca of film-making.” He added that he was drawn to the remake due to the character of Rambo, a “true blue action hero with a heart.”

Sylvester Stallone had previously posted to Instagram and later tweeted out:

“I read recently they are remaking Rambo in India !! … Great character…hope they don’t wreck it.”

“…Good luck Tiger , go fight the good fight, keep punching ,oh , for the Record , I love it when young artists get an opportunity to go for their dreams!” 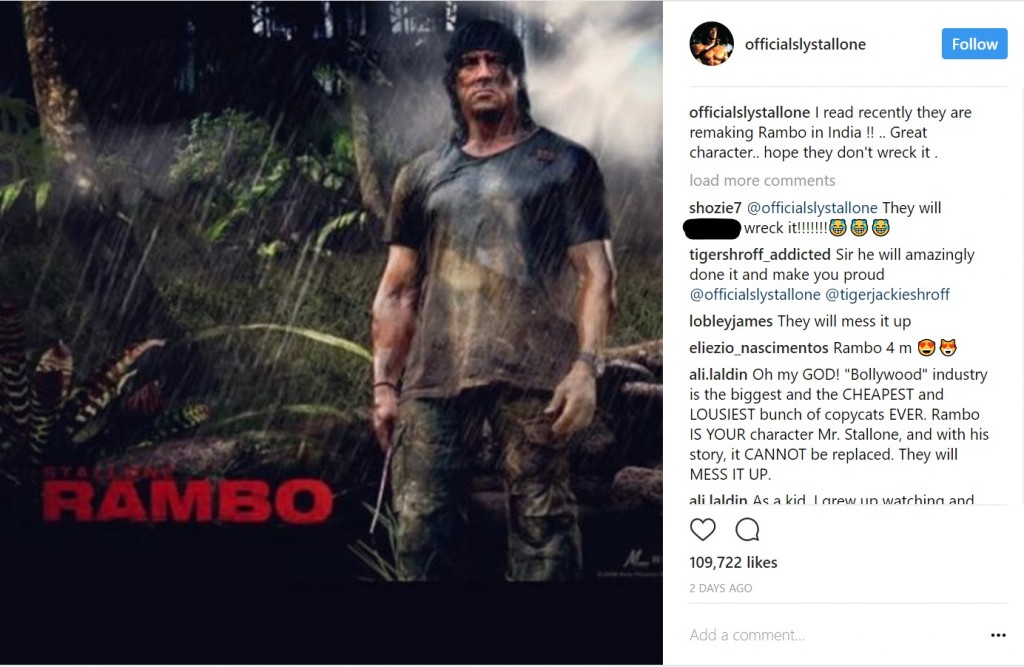 there will be none

“I actually get excited in my heart whenever young artists get an rare opportunity to reach for the stars! Eye of the Tiger! I am sure you will put all of your heart and soul into it…Never give up young man!”

Anand stated that Stallone’s endorsement was like “an endorsement from God” and that there will be none of the singing and dancing that is so characteristic of Bollywood in his remake, adding “that’s like blasphemy.” He warned fans “It could be controversial like Rambo First Blood was in the 80s. It makes you think, and is about a situation that’s prevailing in India and is unique in that way.”

Shroff, 27, said the project was “too good to be true” and “In my eyes, Sylvester Stallone will always be Rambo. He’s my hero. I don’t want to replace him, but to give a different take on it. They are huge shoes to fill.”