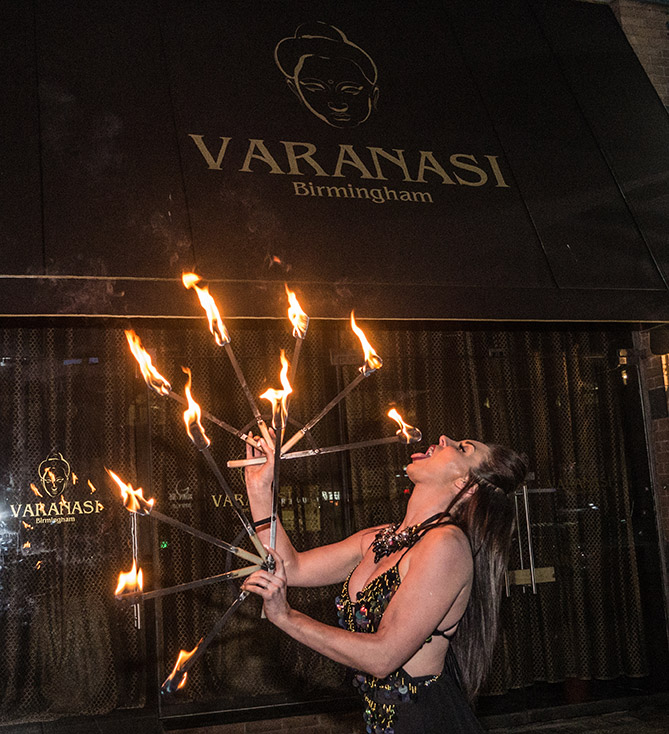 Fine dining connoisseurs set out to party before Christmas at the new mega Indian restaurant Varanasi on Broad Street. It’s the biggest restaurant in the city by far and as such has drummed up tons of buzz and speculation.

The venue is set over three floors, two of which are subterranean. It’s a sumptuously chic restaurant, with no expense spared to showcase a breath taking décor fit for a King. The entrance to the restaurant is temple-like, with the entrance acting as a sentry post, guarded by a row of Buddhas standing to attention. 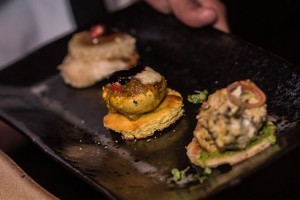 Alfred Prasad, one of Britain’s most renowned Michelin-star chefs has curated the menu which boasts everything from quail to duck and more. The drinks menu is set to get the

General Manager Pawan Chhabra says, “the team has spent the last two years working tirelessly to create an iconic restaurant for the Midlands. With gold leaf hand painted artwork throughout, we have strived to create an experience like no other. Varanasi can accommodate up to 500 covers so it really will be a jaw dropping restaurant for the city.” 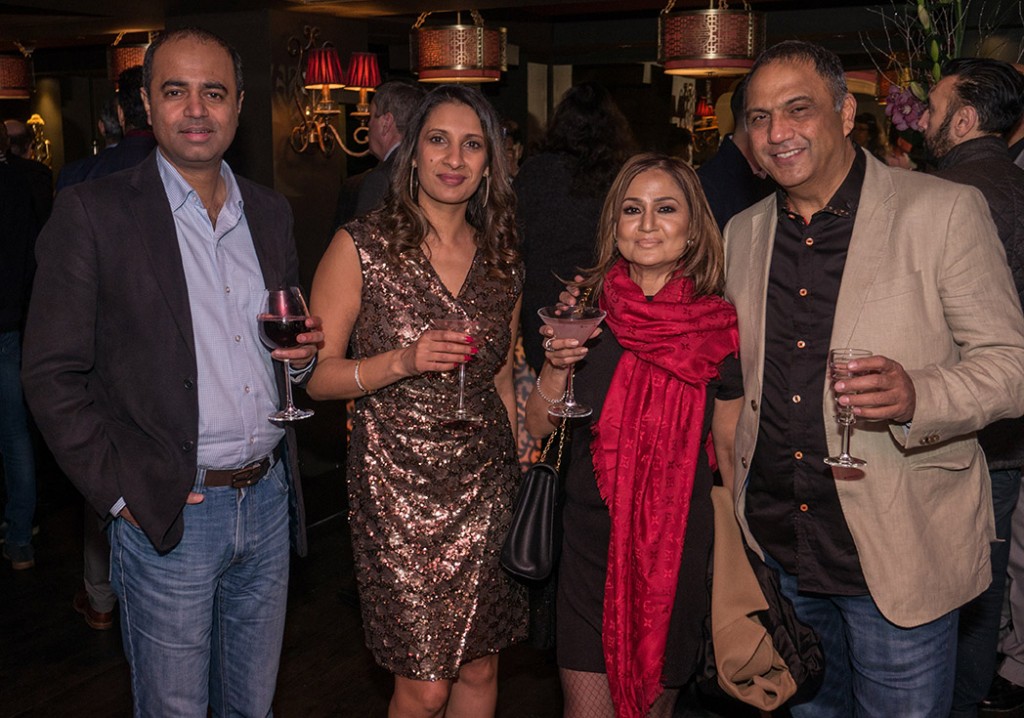