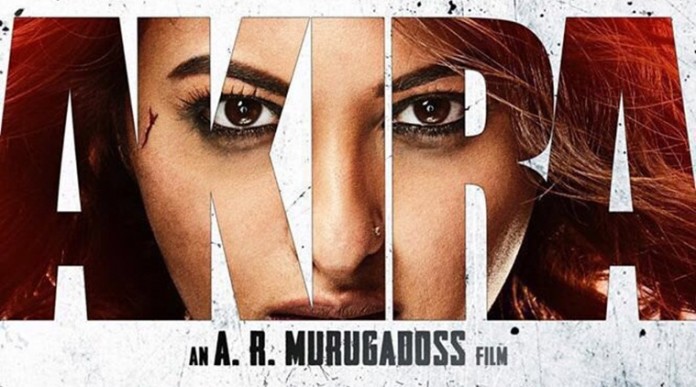 What is Akira about?

Akira is a really cool action thriller, Murugadoss style. It’s a really interesting story about a girl who does not back off when she’s pushed into a corner, how she fights back and how she comes out of situations on her own. It’s a cool, cool film.

What was it like filming for the action scenes?

It was fantastic, I honestly wanted to prepare myself in a way that it looks convincing. I went through mixed martial arts training for four months before the film, whilst we were shooting the film, while we were filming the action sequences my trainer used to be on set the entire time. I wanted it to look realistic and believable that I can kick some ass- which I can now after my training! It was really good, it was something different, it was something new that I was doing and I was really enjoying it at the time.

Was it difficult filming and preparing?

It was very difficult. What we see on screen is not even 5% of the work that goes into being able to do that. I feel that a lot of blood, sweat and tears went into it. It’s quite gruelling in terms of being very physically demanding, it’s quite strenuous for the body and the mind but at the end of the day, the results that we see on screen make it all worth it.

So, there aren’t many Bollywood films with a female lead. What are your thought 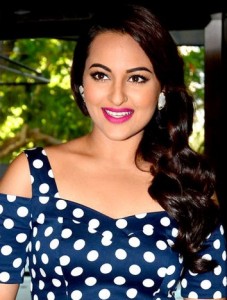 on this, you being one of the first?

I feel now we’re opening up to a lot more great roles being written for women, and there are movies being made with female protagonists carrying the film on their shoulders. It’s a good time right now to be a girl in the film industry, we’ve got some great roles being made for us and I feel great that in this particular kind of film, a film with this kind of action and this kind of storyline, I feel like Akira is a pioneer of sorts. When you see it you’ll know what I’m talking about.

It feels great to be part of something different and new.

After Holiday and now Akira, you’re becoming something of an Action Heroine for Bollywood.

(laughs) And I have Force 2 coming up!

What other types of roles would you want to do in the future?

Anything that challenges me in a way I haven’t been challenged before. I want to do things that I’ve not played before and that was a promise I made myself when I started Akira. Akira was a very challenging role for me. Going forward, I have Force 2 where I play a RAW Agent, which is again a very, very good role. Then comes Noor, the story of a girl and her journey and how she goes through life, and it’s a brilliant story. So I’m taking on roles that are different from anything that I’ve played before.

Do you think there’s a pressing need for girls to learn self-defence? Not just in India but in general?

There is, definitely. When you see Akira, there’s a very strong message that relates to that within the film. I’ve been saying this, not only now because Akira’s coming out, but I’ve been saying it for a few years that self-defence is very important. It should be introduced as a subject in schools like we have mathematics or geography. It’s very important to take care of yourself and know how to take care of yourself.

Last question…has there ever been a time when you just wanted to let loose on someone?

All the time! Everyday! But I control myself and I do it in my mind, I play out the scene in my mind, kick some major ass then calm myself down.